Zimbabwe Needs ‘Office of the Citizen’

WHEN I turned up for this year’s Africa Business Forum at Oxford’s Saïd Business School over the weekend, it was immediately evident that Zimbabwe was hardly represented – both as a subject and in terms of resource persons.

I don’t count, I’m just a stenographer; but the remarkable Farai Gundan had been flown in from her Harvard base to moderate one of the sessions. And, if you’re ex-Plumtree High, you can be proud; McLean Sibanda was on one of the panels although the South Africans have a better claim on this engineer and patent attorney. Sibanda is CEO of The Innovation Hub, the innovation agency of Gauteng Province.

Saturday’s event brought together some of the finest young Africans who are doing incredible things in finance, media and technology on the continent and across the globe. More importantly, they are using their entrepreneurial savvy, not just to make money for themselves, but to create enterprises that are socially impactful – word to some of Zimbabwe’s flashy tycoons.

I mean, ensuring your business is socially aware and responsible is not charity or philanthropy. It doesn’t make sense to be a billionaire in an impoverished country with decrepit infrastructure; where do you land your private jet if the country doesn’t have functional airports? Indeed, you may import a massive limousine from the US – a monstrous whorehouse on wheels – but the country needs to have good enough roads for it; not stretches of potholes with a bit of road on them.

The African tech-preneurs gathered at Oxford were looking to change the age-old narrative of Africa as a dark and hopeless place; they are re-envisioning the continent as the world’s new frontier for opportunity and innovation. The lone mention Zimbabwe got was fleeting, almost apologetic; keynote speaker Mo Ibrahim referring to President Robert Mugabe. The Zanu PF autocrat is one of Africa’s better known leaders; but he represents as emblematic of everything that is wrong about the continent.

However, while Zimbabwe was barely represented and hardly mentioned, much of what came up for discussion last Saturday had everything to do with the country. They were issues with which Zimbabweans can relate; from leadership failure to relations with China; from the problem of Africans lacking confidence in and about themselves to the challenge of a media ecosystem with a terribly misplaced sense of its purpose.

To begin with China, panellists asked what cutting edge technologies Beijing has brought to the continent; indeed, what country transforming technologies have the Chinese brought to Africa? Panellists found it incredible that African countries were contracting China to build railways and roads! Yes, roads!

For its part, Zimbabwe has angrily looked East for years; a feat largely of pique after our political leadership had the doors slammed well shut in their faces by the West. But what have we actually got from looking East? It is difficult to see anything beyond the mountain of debt which the Chinese now complain we aren’t even paying.

And we happily refuse to learn the lessons; a Chinese company was recently revealed to be involved in the billion-dollar dualisation of the Chirundu-Harare-Beitbridge highway. The country does not have local companies that can build a road? Really? If the problem is finance, McLean Sibanda referred to those we educated and then forced into exile. The claimed 3.5 million Diaspora needs to be leveraged so that remittances are not just consumptive. But who has confidence in Obert Mpofu, the cabinet minister given this job?

The problem is also related to how Africa self-represents to the world and this issue brought the media up for some sharp scrutiny at last Saturday’s forum. The global media ecology is, of course, in the hands of the West and so the African story is necessarily told in frameworks Africans have no control over. However, panellists found it tragic that when African media platforms tell the same story, they frame it to the same unhelpful prisms used by the West.

African media platforms similarly reflect the worst about the continent rather than its potential best; the same old themes of hunger, corruption, deprivation, war and chaos are dominant. The point was not that the unwashed about us should necessarily be hidden from the world; rather that the negative alone should not completely represent the totality of Africa’s mores.

You pick up a Zimbabwean publication and you are likely to be first confronted with G40 and or Lacoste. Are these the issues that will attract investment to the country? We don’t draw the attention of the world, the attention of Silicon Valley, to our young undergraduates at, say, the Harare Institute of Technology (HIT) with brilliant ideas so they get the support they need to create new jobs and revive the country’s economy.

An activist media aware of, and responding to the social and developmental challenges of our counties, would be particularly crucial. Yvonne Ike – Managing Director, Bank of America Merrill Lynch Sub Saharan Africa – referred to a Nigerian tech start-up by college graduates which attracted the attention of Facebook’s Mark Zuckerberg who has since invested about $25m in the company.

I doubt Zimbabwe lacks for such bright minds with similarly innovative ideas, but their stories need to be brought to the attention of the world. We can write every day, and all year round, about G40 and Lacoste, but it’s difficult to see what positive social impact such reportage is making on the ordinary Zimbabwean; it’s difficult to see how such headlines – on a daily basis – make us globally competitive. Zuckerberg isn’t going to invest his money in G40 or Lacoste, is he.

Again, and still related to media (mis)representations, a powerful intervention came from Adebola Williams, CEO of Red Media Africa. Those keen on 2018 need give this guy a call; forget Ari Ben Menashe. This Nigerian is famed for helping three African presidents win elections consecutively – and we are not talking about leaders of the ilk of Nguema.

Williams expressed outrage at the self-loathing which continues to hold Africa back. Bright young Africans queue and plead for support from Silicon Valley and yet the continent has a surfeit of multi-millionaire cabinet ministers and presidents – the cash often looted from State treasuries, of course.

These looter ministers would rather splash the millions on 50-bed mansions rather than invest in tech students at NUST with an idea which likely needs just $20,000 to get off the ground. Africa’s billionaires seek Western validation by joining American philanthropic organisations rather than getting onto the boards of your Jairos Jiris. If we cannot support our own; indeed, if we have no confidence in ourselves, why should others take us seriously?

The impressive James Irungu Mwangi – Kenyan executive director of the Dalberg Group – said the problem was that Africans were not particularly discerning in their leadership choices. The continent, Mwangi reckoned, needs a leadership that is not rigid in their thinking; Africa needs a responsive leadership, one that takes on the privilege of public service with humility.

And yet Africa is burdened with leaders who have somehow come to the conclusion that they are infallible demigods who need not be accountable to anyone, for anything. They are arrogantly impervious to reason and counsel. And worse still, some among the lot still believe that the questions of today can only ever be answered by looking through manuals developed in the 1970s.

That said, aren’t the ordinary people culpable for the mischief? Are we not, as a people, responsible for the failure of our leaders? Who is it that refers to Mandi Chimene and Shuvai Mahofa as ‘Shefu’? There is no presidential decree ordering deference to Chimene, failing which she may puff the fog of her weed in your face.

Mo Ibrahim, the keynote speaker, was exasperated when asked whether he could not support the mentorship of a new leadership cadre for the continent, irritably remarking that there is no “factory out there churning out leaders by the conveyor belt”.

Leadership, he said, begins with individuals becoming aware of and having a sense of responsibility for those around them, for their communities. The fish rots from the head, he said, but there is no point tending to the head alone when the body is as much a rotten cadaver.

Elaborating the point, banker Yvonne Ike said there needed to be development on the idea of Corporate social responsibility to come up with Individual Social Responsibility. It starts with the individual, she said, realising that they “must pick up that litter on the streets, help their neighbour, and get involved in community activities”.

The charismatic Adebola Williams used the economic principle of demand and supply, arguing that if the ruled did not demand accountability of their leaders, such leaders would be under no pressure to oblige. He proposed an Office of the People to which the Office of the President must be subservient and answerable.

The Office of The People – not necessarily a brick and mortar edifice, but an office of the mind – would comprise masses of individuals actively engaged with and participating in the affairs of their countries. No longer must the people be afraid of their leaders, he said. It is the politicians who must be afraid of the people.

However, this can only happen if ordinary people have a better sense of their civic duty and a realisation that when the politicians fail, it is not the politicians who suffer. It is thus incumbent upon the people, Williams argued, to hold their elected leaders to the promises they make.

If you’re wondering HOW the ordinary and powerless can do that; well, Mo Ibrahim said should all else fail then rise up and run the incompetent leaders out of town.

Just as well he was at Oxford; if it was at the University of Zimbabwe he would likely have ended up spending the night as a guest of the State at one or our not-so-plush State Houses – the inimitable Chikurubi. 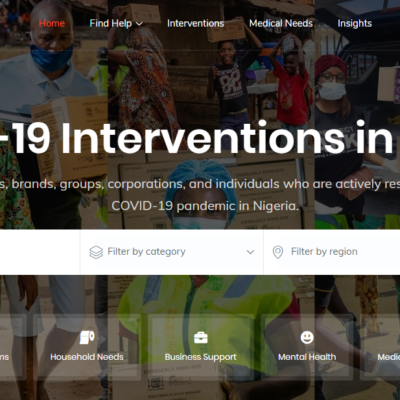 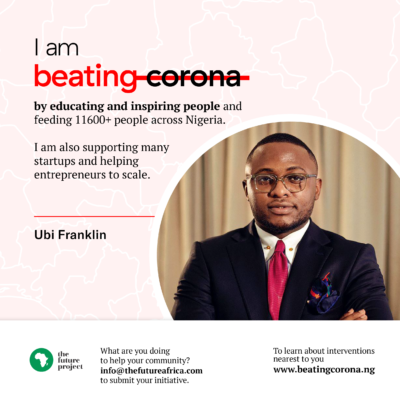 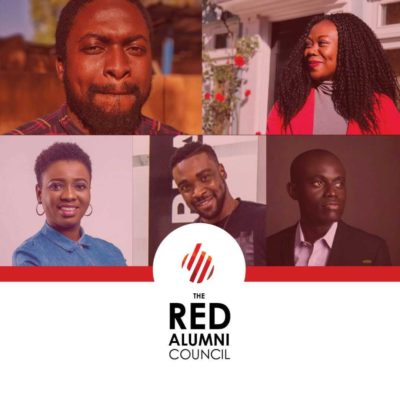 Calling on all interested photographers, designers and media sales to apply for the next REDx Virtual Bootcamp. Ap… https://t.co/bx71VzrXFg

Join us at 6pm today on Facebook live as @Chude will be hosting Father Kukah on #TheFutureofFaith ⁣ ⁣ Theme: Faith,… https://t.co/swWuxr49ya

They will be at the forefront, curating stories and spotlighting young change-makers in Africa. ⠀ #TFAA15 #May25… https://t.co/CzcjFF2yFx