Why (and How) Inspiration is the Product RED | For Africa sells.
The business case for why we do what we do. 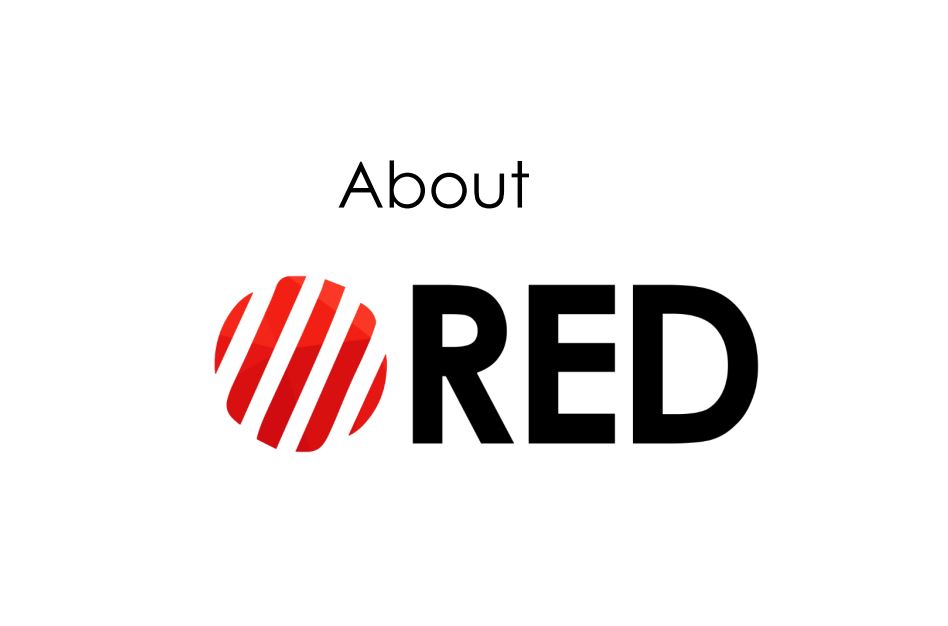 If you work as closely as we do with young people, then you know that the crises the future holds is not just a theory of the case; it’s an urgent reality.

By 2050, there will be 1.45 billion young people in Africa. This, in a continent where over 580 million presently live under the poverty line, 30 million are out of school, and which owns 14 of the 20 states in the Fragile States Index*.

There are two major global trends that help put the crisis in sharp relief.

The first: a debilitating lack of jobs.

“The primary will of the world is no longer about peace or freedom or even democracy; it is not about having a family, and it is neither about God nor about owning a home or land,” says Jim Clifton, chairman and chief executive of Gallup in his 2011 book, The coming jobs war. “The will of the world is first and foremost to have a good job. Everything else comes after that. “Of the world’s five billion people who are over the age of 15, three say they work or want to work. But there are only 1.2 billion full-time, formal jobs. The war for global jobs is like World War II: a war for all the marbles.”

The second: the collapse of governance, sometimes in the most fundamental of ways.

“In 2014 the total number of deaths from terrorism increased by 80 percent when compared to the prior year,” according to the most recent Global Terrorism Index report, published by the Institute for Economics and Peace. “This is the largest yearly increase in the last 15 years. Since the beginning of the 21st century, there has been over a nine-fold increase in the number of deaths from terrorism, rising from 3,329 in 2000 to 32,685 in 2014.

“Terrorism remains highly concentrated with most of the activity occurring in just five countries — Iraq, Nigeria, Afghanistan, Pakistan and Syria. These countries accounted for 78 percent of the lives lost in 2014. Although highly concentrated, terrorism is spreading to more countries, with the number of countries experiencing more than 500 deaths increasing from five to 11, a 120 percent increase from the previous year. The six new countries with over 500 deaths are Somalia, Ukraine, Yemen, Central African Republic, South Sudan and Cameroon.”

This collapse of governance, the paucity of jobs mixed with a time of massive unprecedented social change across the world has one immediate and pervading effect: many people have lose faith, and hope, in the reality of building a good life for themselves, of succeeding in the world, and creating value.

In essence, this intersection of challenges appears set to rob much of this generation’s capacity to stand up and act.

Perhaps, nowhere is this more evident than an oft-ignored soft metric: the global state of mental health.

Major depressive disorder (MDD) is now the second leading cause of disability worldwide and a major contributor to the burden of suicide and ischemic heart disease, new data indicate, according to a 2013 report by the University of Queensland’s School of Population Health.

The World Health Organisation – according to its 2015 Factsheets – makes a starker case: Depression is a common mental disorder. Globally, an estimated 350 million people of all ages suffer from depression. Depression is the leading cause of disability worldwide, and is a major contributor to the overall global burden of disease.

This ricochets in entirely unpredictable ways.

According to the Pew Research Center’s American Trends Panel in April 2015, 76 percent of millenials (born after 1980) call themselves irresponsible, 73 percent say they can’t fend for themselves, 71 percent consider themselves hard of heart, and 83 percent describe themselves as immoral.

This is, it bears repeating, a crisis. It is one thing to provide investment, infrastructure, even jobs. It’s another for the people for whom you provide these interventions and solutions for to be in such doubt and self-hate that they are unable to pick up the baton and move for themselves.

This is the problem the founders of RED | For Africa (acutely aware of the oncoming trends even without the research to back it at the time) came into business to solve – when they were aged 19 and 20.

We were a social business long before the word became a global trend – and inspiration is the product that we sell.

—– Malcom Gladwell, in the influential book The Tipping Point, told the remarkable story of a syphilis epidemic in Baltimore (United States of America) in the mid-1990s: in the space of one year (1995-1996), the number of children born with syphilis increased by a dramatic 500 percent.

More remarkable, though, was what caused the change.

The nature of syphilis and the nature of government intervention didn’t change. What changed was attitudes. It was the people. “Suddenly,” the book noted, “People who might have been infectious for a week before getting treated were now going around infecting others for two or three or four weeks before they got cured.”

It turns out that “syphilis was a disease carried by a certain kind of person in Baltimore — a very poor, probably drug-using, sexually active individual.”

‘Intangible’ things like the neighbourhood a person lives in, the psychograph of persons, social mobility, patterns of social connections and dramatic increases in risky behaviours based on a particular mindset led to a huge existential crisis.

The findings make it clear: If you can change the attitudes, the mindsets, the motivations of these people – if they could see the world differently, and be inspired to change their attitudes, and ultimately their actions – the tangible problems could be solved.

We have been saying this for 10 years. You could give boreholes to a community that needs water. But if they don’t believe in you or in change or see how crucial that is to the future, if they are not inspired to see what the provider sees, the boreholes could be destroyed, maintenance abandoned, and eventually, the project fails.

It is not enough to provide schools, to provide water, to provide food. You have to provide inspiration. It is the fuel that keeps solutions and interventions going.

People need to be inspired to engage with their problems, to stay with the solutions, to co-create their own futures.

—– From a purely business sense, over the next 50 years, as population explodes on the continent, under-24s will drive demand. What they will be consuming is what will move the markets – cheap entertainment, aspirational goods, education, faith, ready to wear clothes, much of it driven by the internet.

Businesses that can capture the mass will own the future.

For the media, which is our industry, platforms with verifiable mass numbers consuming their content who are able to present same to buyers (advertisers, sponsors) or lock in the direct consumers as members (subscribers) online and offline will thrive.

We are keenly aware of this. But we are also keenly insistent that the business of the future cannot focus only on exploiting the mass, using them for maximal profit. It must focus on building the mass, growing them to take charge of their lives, their communities and their nations.

The people who will consume these mass products will need to be inspired to keep going, to keep spending, to increase their financial capacities, to grow markets.

All of this is founded on a simple, but 10-year-strong premise: there is no force in the universe more powerful than an inspired, empowered human being.

The most important product young Africans will need in the next 50 years will be inspiration/empowerment. Businesses that focus on the existential challenges that this mass of young people are facing, and inspire them to succeed, will maintain a crucial emotional connection with their customers that will drive growth, ensure mid and long term market leadership – and own the future.

We are therefore set and determined to keep providing solutions at the intersection of these two needs – mass media that inspires.

According to the 2015 Harvard Business Review Best Performing CEO, Lars Rebien Sorensen, this idea of the triple bottom-line is no the crucial measure for business success.

“Our philosophy,” he says of his company Novo Nordisk, “is that corporate social responsibility is nothing but maximising the value of your company over a long period of time, because in the long term, social and environmental issues become financial issues. There is really no hocus-pocus about this.”

The concept of shared value promoted by business scholar Michael Porter underlines this imperative. The merge of corporate social responsibility and business strategy is now complete. And at RED | For Africa, we have always been fully aligned.

Where the media is our passion, our goal really lies in a different place. The media is for us the most important tool for our actual mission: which is social engineering; building the world we want to see, one community at a time.

So: business is our platform, inspiration is our message, media is our tool, culture is our engine, Africa is our target.

There is ample evidence that this of the immense possibilities. We have seen local and international media contribute to rebuilding the narrative in Rwanda, inspire a tech revolution in Kenya, achieve bloodless elections and, with our company StateCraft Inc, at the centre of it, pulling down the 16-year monopoly of an untouchable ruling party in Nigeria.

Generations of inspired, empowered young Africans can take action to solve problems, demand better government, improve their lives, and link arms with others to truly transform their societies through enterprise and citizenship.

—– We are uniquely positioned for this challenge. With the unrivalled experience and insight and endless networks we have built – boots on the ground – across the 36 states of Nigeria, and 16 countries in Africa, no one knows Nigeria’s and Africa’s youth as well as we do – across trend-lines in music, movies, development, television, schools, fashion, technology, politics and lifestyle.

Online and offline. We are building a media company that will provide products, platforms and strategies that are engaging, compelling so that they can deliver their true purpose – inspiration.

We will be harnessing the proven creative energies, adventurous spirit and innovative influences that drive this generation to meet these needs, to create these products and to drive our imperatives.

We couldn’t be more excited about the world we are positioned to change – and we invite you to join us in owning the future.