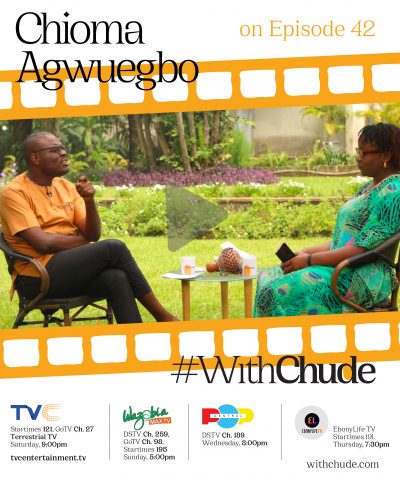 From lecturers offering sex for grades to sexual violence in marriages, women have had to navigate the murky waters of gender-based violence for many years. On this week’s episode of #WithChude, tech guru and women’s rights activist, Chioma Agwuegbo, shares several gruelling experiences of women who have encountered some form of gender-based or sexual violence at some points in their life.

One experience that particularly stood out for Chioma was the story of a three-year-old girl who was raped by a 70-year-old man.

“She was three. Her mother had gone to sell meat pies so she could make a 700 naira profit”, she narrated.

“As a matter of fact, she told herself that ‘something is telling me to go home.’ She went back home – they lived in one of these face-me-I-face-you places. I remember we wanted to film her, and we went there with all of our equipment, we couldn’t fit the equipment into her house. She got home and asked the lady she gave her child to and she said, ‘oh, she was playing with baba’ and she asked where he [baba] was and the lady said he had gone home to pick something. She forcefully opened the door of his hut, and her exact words to me were, ‘aunty, I saw him inside my child’ How do you see a 70-year-old man inside the vagina of a three-year old?” she continued.

While calling the police seemed to be a reasonable next step to the traumatized mother, they, however, proved unreasonable, telling her, “this man wants to give you 25,000” – as though 25,000 could take away the horrific picture that had been glued to her mind. By the time Chioma met her, she had spent close to that 25,000 because of several roadblocks that the police had kept putting up – such as not having enough fuel to drive down to the scene, amongst others.

This woman’s story is just one of the many sexual-violence experiences that Chioma has helped and is still helping many women navigate. However, she is very optimistic about seeing a decline in the number of cases of sexual violence because people are putting in the work through advocacy, holding the government accountable and innovation in solving problems of gender-based violence.

#WithChude is a special series of targeted multimedia conversations and investigations focused on narratives that enable and strengthen the mind, heart, and spirit. New episodes of #WithChude show every Saturday at 9 pm on TVC Entertainment, with reruns every Sunday on Wazobia TV at 5 pm and Thursday on EbonyLife TV at 7:30 pm.