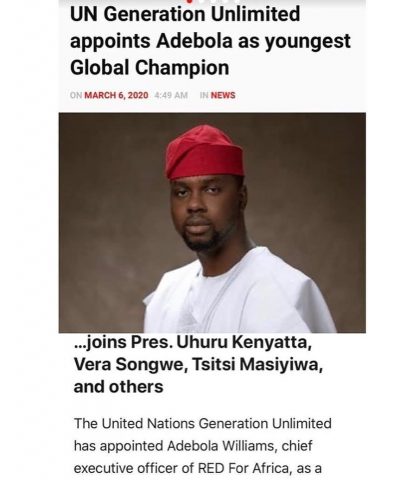 According to a statement, President Uhuru Kenyatta, Vera Songwe, Tsitsi Masiyiwa, and others were previously honoured with the position.

Introduced at his first assignment in this capacity during the launch of the Generation Unlimited Youth Challenge for Nigeria in Lagos, UNICEF country director, Peter Hawkins described Williams as the ultimate young African while expressing how delighted he is to have him onboard the GenU team. 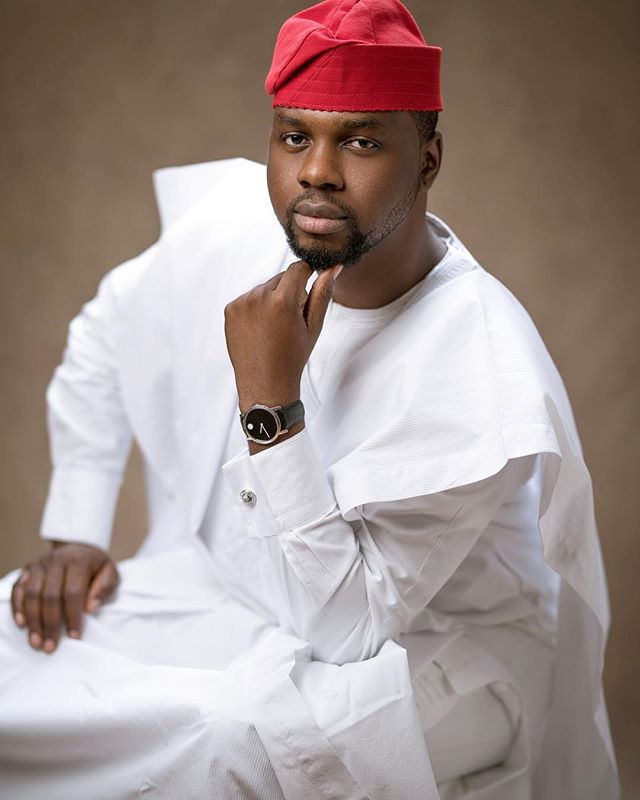 In his keynote address at the event, Williams reminded the stakeholders of their role in securing the future by empowering Africa‘s New Tribe.

“Only us can build our own countries, and the future we envisage will only be realised if we empower these very important ones and give them all they require to achieve impact — that is why the Generation Unlimited challenge is so crucial,” Williams said.

“Our continent will be the youngest in a few decades, this is a blessing of ideas, energy, creativity, and power. What are we going to do with it? It can either be a generational blessing or generational burden. At whatever cost, we must defend the interest of a generation that depends on us to be unlimited.”

Launched at the 73rd United Nations General Assembly, Generation Unlimited has generated interest from government and leaders from industry and other key sectors committed to cohere efforts around young people for large-scale impact.

United Nations Generation Unlimited Global Champions lend their voices to support the creation of public-private partnerships – globally and in countries – to co-create and support investment opportunities, programmes and innovations at a large scale, and to help young people become productive in life.