Founder of Joy, Inc., Chude Jideonwo yesterday held an Instagram Live session with highlife singer and songwriter, Adekunle Gold on his new show #WithChude. The conversation saw both parties sharing major learnings from their personal struggles and journey to well-being. Adekunle Gold talked about his struggle with fame at the start of his career, and how negative comments from the public affect creatives. He emphasized the need to exit the overthinking process by identifying what is within our control as humans and what is not. According to him, he took some of the negative comments, identified the truth in them, and began working towards getting better.
“If something is out of your control, there’s nothing you can do about it. But if it is within your control, then you have the power to change it,” said Adekunle Gold.
“At some point, I wasn’t comfortable with the way I was looking, and though I was feeling bad, I asked myself, ‘Can I do something about it?’ The answer was ‘Yes’. So, I began working out, and right now, I’m almost addicted to it. Also, it took me a long time to stop biting my nails, but I’ve eventually stopped.”
#WithChude is a series of conversations and investigations that leverage the voice, networks, and passions of its host, Chude Jideonwo to underline social issues, raise social consciousness, and spark social movements at a crucial time as this, while focusing on narratives that enable and strengthen the “mind, heart, and spirit.”

After overcoming a personal battle with depression in 2016, Chude has since been dedicated to sharing insights from the process and helping people understand the concept of true happiness. Beginning last month, the ‘joy’ advocate embarked on an InstaTour with some of his friends, who he believes have a distinctive sense of their own story and can wield it to help others. 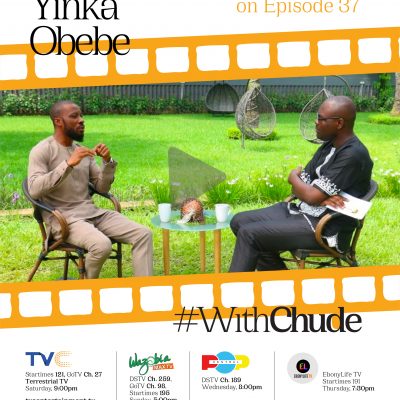 “The day I left the company, I left with nothing but a backpack” – CEO of Pop Central TV, Yinka Obebe tells #WithChude 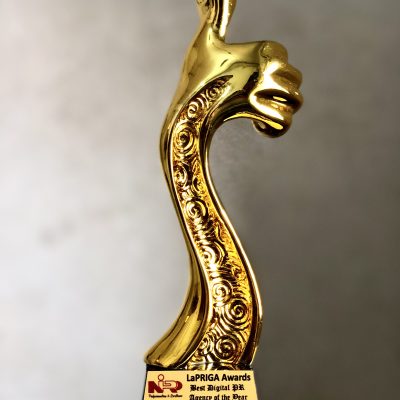 “The day I left the company, I left with nothing but a backpack” – CEO of Pop Central TV, Yinka Obebe tells #With https://t.co/uWcP1hJPnK