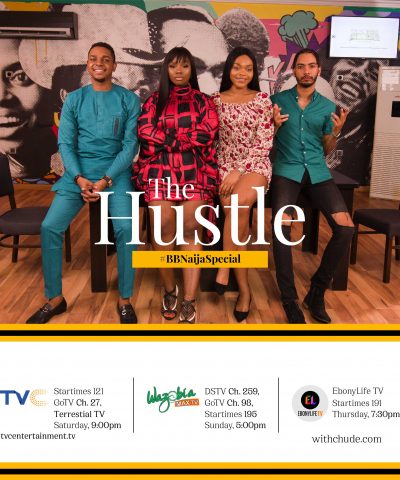 As yet another season of Big Brother Naija – one of the most polarizing and ironically uniting shows on TV – comes to an end, #WithChude brought four former housemates of the reality TV show to a roundtable special where they got to bare it all on their experience being in front of the camera for 90 days while the eyes of millions of people scrutinized their every reaction and judged every move they made at face value.

Former housemate, BamBam who found herself at the centre of what appeared to be a smear campaign accusing her of being fake and playing for the camera, explains how that still haunts her and why there is no iota of truth to the accusation beyond the fact that she was just being human and responding the way her disposition dictated.

“I found myself reacting to the camera along the line and trying to be cautious, but that was when Tobi [created a] narrative that I was deliberately playing to the camera,” BamBam revealed.

The speculation among viewers and lovers of the show that it may be scripted had propelled the rumour to the extent that even fellow housemates began to buy into it. This, BamBam confirmed, had affected her mainly because while at first, she did not take things seriously, she soon discovered that the rumour was taking a form of its own.

“Initially I didn’t take it seriously, but then I noticed that he started drawing people into his narrative,” she said. ”He started infecting Leo, he started infecting even Teddy. Then it started to annoy me!” Teddy-A was BamBam’s love interest on the show, now her husband and the father of her child.