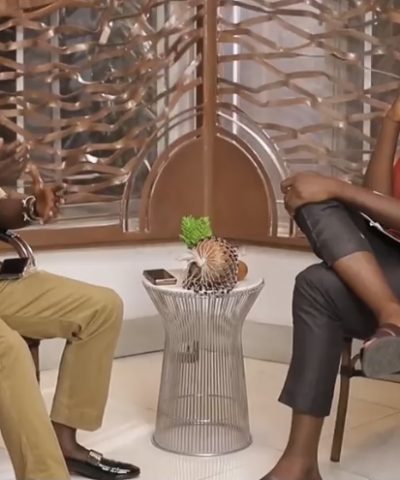 Starting out his career writing the entertainment segment for Fame Magazine, Ayo Animashaun disclosed that the reception the segment received made him realize that there was a market he could explore in the entertainment industry. This realization led him to branch out and start a magazine of his own. However, the numerous fan mail he received while writing for Fame Magazine did not prepare him for the setbacks ahead.

“It took a year to get the magazine out because nobody believed in it,” he said.

Publishing the magazine and riding on the warm reception it got from Nigerians did not put an end to the troubles. Ayo Animashaun revealed that even though his magazine was in demand across the country, haughty magazine agents still frustrated him.

“I ran into problems with the agents. I was barely 25 at the time and I was printing a lot of copies and selling the magazines across the country. Then, it was tedious dealing with the agents in Lagos. When I go to collect my money, they would be like, ‘small pikin like you, wetin you wan do with money? Go and print another edition.’ I got really frustrated dealing with these agents. They were very troublesome and in those days they could make or mar a publisher. I got really frustrated, I wasn’t getting my money, plus I wanted to print more copies. At some point I just felt, ‘you know what? this isn’t working for me and I stopped.”

After this event, Ayo Animashaun continued contributing to other magazines. However, the people in his inner circle didn’t let him quit. He revealed that Dele Momodu called a meeting where he was tongue-lashed by other publishers and people in his industry for giving up. The tongue-lashing worked because after that meeting, he decided to fight.

This decision to fight led him to resuscitate his magazine and, many years later, keep hosting the Headies despite only breaking even once in the fifteen years the Awards has existed.

Ayo Animashaun’s doggedness and fighting spirit have kept him going in the most adverse conditions, including the fight against Heritage Bank- a Nigerian financial institution that tried to foreclose his businesses, Hip TV and Smooth Productions.

Despite the daunting battles he has faced in over 27 years in the entertainment industry, Ayo Animashaun continues to push forward, establishing himself as a media mogul in Nigeria.

Everyone can join the conversations.