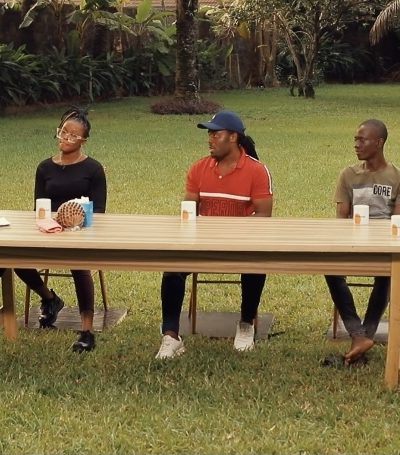 The Hustle is back again for another exciting quarter! This Workers’ Day edition spotlighted four young blue-collar workers, including; Eyitemi, an auto mechanic, Victor, the clothes trader, Jeremiah, a security guard, and Omobolanle, a barber. These artisans shared the challenges they face in their sectors and their thoughts on the government in bringing the change we all clamor for.

According to a report published by the National Bureau of Statistics, the unemployment rate in Nigeria has risen to 33.3% compared to the 27.1% in the second quarter of 2020. With unemployment raging the nation, Nigerian youths seem to have lost faith in the government and are taking responsibility for their successes.

“When you sit down to think about Nigeria, you would literally burst into tears”, said Eyitemi.

Omobolanle certainly couldn’t agree more as she admitted that she has lost faith in the country and has left it to God to “take perfect control”.

Jeremiah took a similar stance saying, “God is in charge”. He went on to say that the major problem of the nation is that the government does not “acknowledge God”, hence the reason for the issues in the country.

Victor, on the other hand, added that “the government wants the youth to remain poor”. However, he’s also of the opinion that “Youths shouldn’t put all the responsibility on the government”, but instead should “take some of the problems in the world and solve them”, then they can create their means of livelihood. He also revealed that this principle was what made 2020 a great year for him business-wise.

One of the significant take-home lessons from this inspiring discussion, according to Chude, is that young people already know that the government is failing in its responsibilities. But rather than let this deter them, they refuse to give up and continue to go for their dreams.

#WithChude is a special series of targeted multimedia conversations and investigations focused on narratives that enable and strengthen the mind, heart, and spirit. New episodes of the #WithChude show are available every Saturday at 9 pm on TVC Entertainment and every Thursday on EbonyLife TV at 7:30 pm. With an extended play podcast up on Spotify, iTunes, and other podcast platforms; every Wednesday at 10:00 am, everyone can join the conversations.