Despite dropping back to back hits, Joeboy admits his fear of losing relevance in the music industry #WithChude 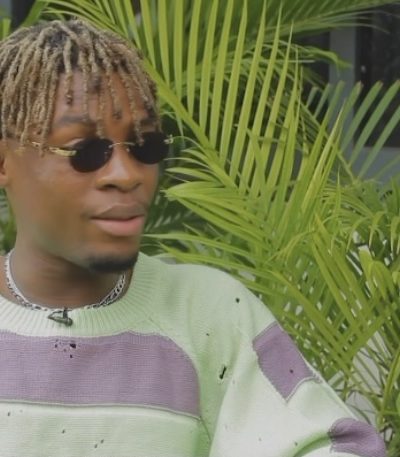 After coming into the spotlight in 2019 with his famous single, Baby, award-winning artiste Joseph Akinwale Akinfenwa, popularly known as “Joeboy”, discussed the challenges of overcoming the speculations about being a one-hit-wonder, as well as his challenging but fulfilling experience as a fast-rising afro-pop star.

One would think that breaking into the industry with a hit song would significantly boost an artiste’s confidence to release more songs. On the contrary, Joeboy revealed that it took a lot of courage and external encouragement to release his second single, Beginning.

“I was trying so hard not to make a mistake so I was picky about my songs. Before dropping Beginning I was nervous because I didn’t think people would like it. Mr. Eazi told me, “just drop it; what is the worst that could happen? If it doesn’t work, we will try again. Thankfully we dropped it, and it was another smash hit”,” he said. Despite dropping back-to-back hits, the Afro-pop star admitted to his fear of losing relevance in the music industry. This fear has driven him to make deliberate efforts to improve his craft and steer clear of anything that could potentially damage his career.

“Now that I am a big artist, I have to be consistent. I have to keep making more music. I have to be careful of what I say, what I do, places I visit. Sometimes, it just seems like life is so restricted.”

The high price for stardom notwithstanding, Joeboy revealed that he would rather pay than go back to his former life on the streets.

With several chart-topping hits and awards to his name, Joeboy is not afraid to take on a challenge and intends to keep getting bigger and better. He continues to live

by his guiding principle, “Don’t let fear stop you from making a move”.