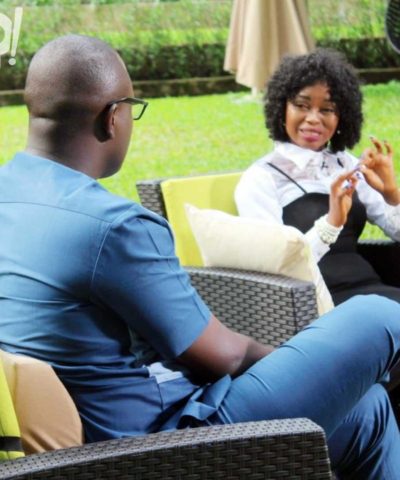 On last night’s episode of the TV show, #WithChude, Oluwaseun Ayodeji Osowobi, Executive Director of Stand to End Rape Initiative (STER), a youth-led organisation advocating against gender-based violence, opened up on her painful experience with sexual abuse during her national youth service.

In a sit down with show host, Chude Jideonwo, the Commonwealth 2019 Young Person of the Year talked in detail about her childhood, how she grew up questioning the status quo on gender expectations, and how her parents encouraged her, before diving into how she was sexually abused during her youth service year in Rivers.

“It was during the election period and I had refused to help a candidate register underage children to vote despite his offers. I faced opposition from people in the community who believed I didn’t want their son to win. There was a particular man who seemed kind to me in the midst of all the opposition. And on this fateful day, he offered to drop me at my house — an offer I rejected at first but when he told me there could be rapists on my way, I accepted his offer,” she said.

“As he drove, he told me he wanted us to start something together to which I said no, and he flipped. Like I had touched a button inside him. He revealed to me that he was the brother of the candidate I had refused to help and he was going to teach me a lesson. I found a way to escape from the car but he caught up with me, pulled my braids and dragged me on the floor. Then he violated me. I didn’t know what to think after the incident because the only thing I held dearly to myself, which was my virginity, was taken away from me.”

When asked if much has changed since then regarding the risk women face daily in our society, Ayodeji said: ‘I wouldn’t say it has changed much, but perception and understanding about sexual abuse has changed. Previously, people were confused to tell if it was rape or consensual sex, but now they have a better understanding of what consent is and the patterns of sexual violence, even men are beginning to question their behaviours as well, their inactions and actions.”

When asked about how society can be made safer for women and girls, she said: “We have to readjust how boys and girls grow up. It is important that we allow them to grow up as equals. That way, they grow up with respect for each other.”

#WithChude will air again this Thursday, 30 April, 2020, on EbonyLife TV, channel 165 on DStv with a repeat broadcast on Sundays at 8:00pm. New episodes of the show airs on TVC every Saturday between 9:00pm and 9:30pm.