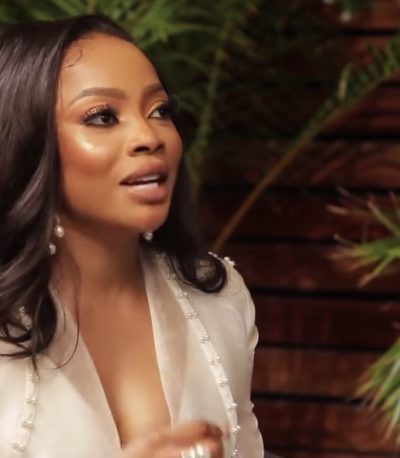 This week’s episode of #WithChude gave viewers a glimpse into the life of media personality, actor and influencer, Toke Makinwa. In this exclusive interview, she discusses dealing with the grief of losing her parents, handling betrayal and a disastrous divorce with host and co-founder of Joy Inc., Chude Jideonwo.

Losing both her parents at her tender age to a deadly explosion, Toke Makinwa disclosed that she felt let down by God at the moment. In her words, “Nobody could talk to me about what was going on in heaven on that day. Clearly, the phone lines were not answered that day. Clearly. These were people that called on You [God] every single day.”

Recounting the events that took place after becoming orphaned, Toke revealed that most of her extended family members were unwilling to take her and her other three siblings except her dad’s elder brother. Being adopted by her foster parents was a fortunate turn of events, but she revealed that she still struggled to settle into a new home because of the grief she dealt with. “To be honest, it was one of the most challenging things ever, not because they were not great but because it happened at a time where there was no access to therapy and we just didn’t talk about it. It was just a tragedy that happened”, she stated. 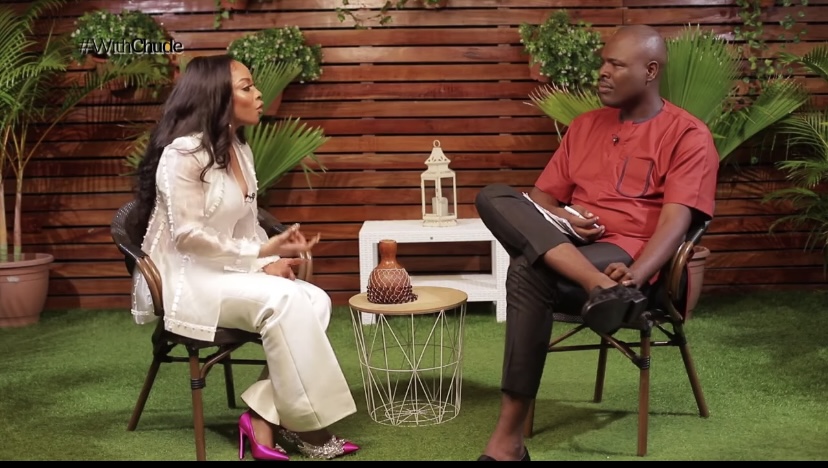 Toke Makinwa eventually grew up and got married to whom she thought was the love of her life. Unfortunately, the marriage broke down without any warning. Making matters worse, the entire incident was paraded on social media when she was still oblivious about what had occurred. In her words, “I went to bed one way and I woke up the other. When it broke out in the media, I was sleeping.”

The circumstances surrounding her marriage’s breakdown left her heartbroken, but Toke revealed that she had to put herself together and keep working because that was the only way she could find her feet again.

“I was at work the next day because that was the only thing I knew how to do. I knew I had to carry on because I needed the cash. I had to work because I did not want to be broke. I knew that if I was going to leave this marriage, I was not going to leave with a trust fund. So, I needed to work my ass off to make sure that at least getting a place, I could afford it”, she said.

Despite all the heartbreaking situations she has been through, Toke Makinwa continues to dominate Nigeria’s entertainment scene as an accomplished radio personality, television host, vlogger, entrepreneur and more.

An extended play podcast is up on listen.withchude.com, as well as on Apple Premium. .