“I was ready to jump over the Third Mainland Bridge,” Toyin Abraham opens up on #WithChude… as the show premieres on EbonyLife TV this week 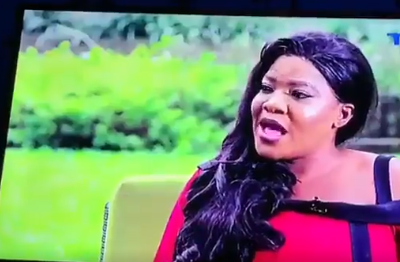 Award-winning actress, Toyin Abraham, sat with host, Chude Jideonwo, to talk about her experience with depression and suicidal thoughts on the premiere episode of #WithChude which aired on Saturday, 18 April, 2020, on TVC Entertainment.

On the episode, Toyin shared how she went about her everyday life while dealing with depression. “I gave everything I had out and moved into a hotel. If anyone wants to come and visit me, I will tell them to come, and we will be in the same room. I will later go to another room and stay there by myself. There was a time I told someone that I can actually jump the Third Mainland Bridge, it was that bad,” she said.

“I actually thought to myself that ‘if you die now Toyin, you would become more popular than you are now’.”

When asked where her family was through all of this, she said, “I just didn’t want to see them. I didn’t want to get attached to them. I am from a Christian home and I used to smoke cigarettes and they don’t approve, and I also didn’t want to get close to them because I thought I would die soon and so they won’t miss me.”

“I am a dove. My fear is gone now. Long gone. I talk about it to people now. I have the face, I have the story that God wants to use to touch many lives.”

An extended version of her conversation will be available via podcast on Wednesday by 10am.

#WithChude continues this Saturday on TVC Entertainment at 9:00pm and will feature Public Relations expert and culture communicator, Ronke Bamisedun