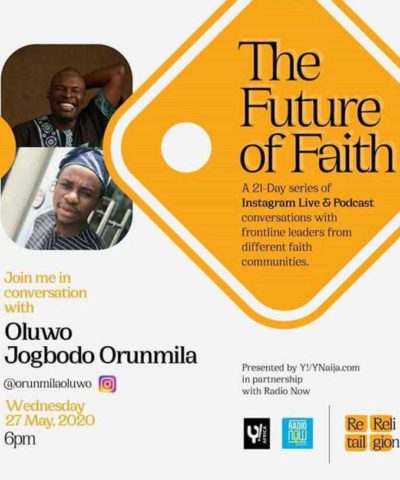 On the latest episode of Retail Religion with Chude Jideonwo, founder of Joy, Inc., respected Babalawo, and graduate of Linguistics from the University of Ibadan, Oluwo Orunmila,  revealed that the sacred Oracle of Yorubaland, ‘Ifa’ had predicted the outbreak of the COVID-19 pandemic in June, 2019.

In an hour long conversation with Chude, the Ifa Priest took the viewers on a deep dive into the intricacies of the widely misunderstood practice of Ifa worship, while discussing Ifa’s prophecy concerning the global pandemic.

“Ifa said there will be this illness that will shake the world,”Oluwo Orunmila said, explaining that the body of priests had reported this to the Ooni of Ife, who told the public about the existence of a cure for COVID-19 months ago. 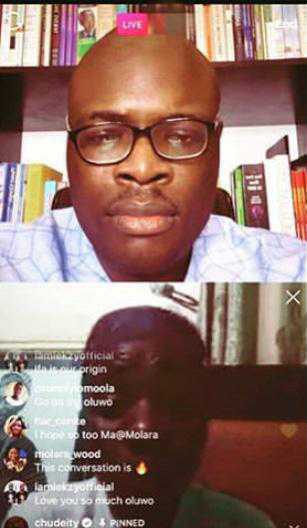 “We did what we had to do already, it is not that we are leaving people [to their own devices], but people are not willing to listen,” he said while speaking on the negative reaction the Ooni received from the public.

With offices in Osun, Ibadan and New York, the Ifa priest shed light on the topic of divination and lamented about what he called the influence of colonialism on how people now view Ifa spirituality. He also reiterated that whether people believe it or not, everyone of Yoruba descent has a claim to the inheritance of Ifa, and is always welcome to lay claim to that inheritance.

New episodes of The Future of Faith show on Instagram Live @chudeity, Monday to Friday through the month of June.

The series will be coming to TV subsequently, with an extended podcast edition across multiple podcast platforms. Follow Chude Jideonwo on his Instagram page to stay abreast of new episodes.