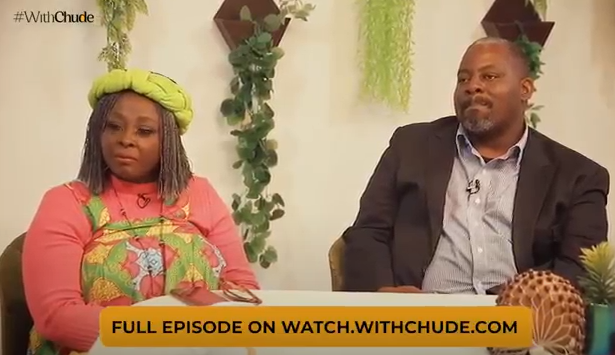 Olivee, on the other hand, revealed that she thought there was a part of her that studied law to fulfil her father’s subtle childhood wish when he passed, to honour him.

She also confessed to being confused about her career pathway for the longest time.  “I wanted to study law and I wanted to be a TV presenter. And I didn’t know how I was going to marry both” She, however, decided on a law degree as advised by her mum on the realization that she could be a TV presenter with a law degree, but it would never work the other way.

Contributing to the discussion on family support, Pexxie said: “My dad didn’t even think I was going to pull through. I did it and they were pretty much super proud and they are always shouting the law”.

A takeaway from this episode of The Hustle is that “changing or leaving- a dream, a job, a career, does not always equal giving up”.

All past and new episodes of #WithChude premiere on Saturdays at 7am on watch.withchude.com. You can also watch the show every Saturday on Channels TV at 1 pm, with reruns every Sunday on Wazobia TV Channel 98 at 5 pm, every Tuesday on Rave Tv at 5 pm, every Wednesday on Pop Central Station DSTV Channel 189 at 8 pm, and every Thursday on EbonyLife TV StarTimes Channel 189/191 at 7:30 pm.