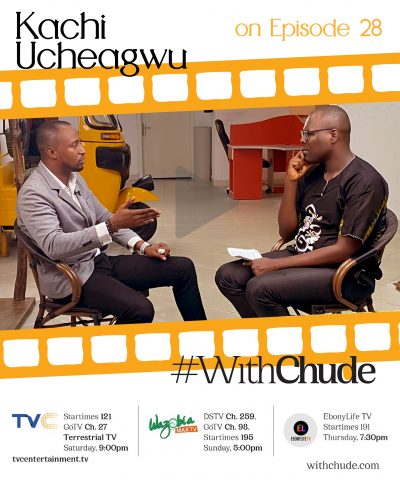 On this week’s episode of #WithChude, Kachi Ucheagwu, winner of the recently concluded first season of Ultimate Love NG, broke down in tears while opening up to show host and founder of Joy, Inc., Chude Jideonwo, about the lead up to the public break up that ended his engagement to Rosemary ‘Rosie’ Afuwape.

The pair, who emerged winners of the reality show, took home the N5m prize money and the love of keen fans who couldn’t wait to see them walk down the aisle. They, however, ended things in a public spectacle that saw both sides disagreeing on the details of the break-up.

Unable to hold back his tears, Kachi said, “Our problems started right from the hotel post-show when she mentioned she wants her brother to be her manager and I said no. Then we found out that she was pregnant, and I thanked God, but she said no, she can’t have it.”

“Initially she mentioned her career as the reason, then she said she wouldn’t want her family to find out that she again got pregnant out of wedlock. She is already a single mom of two. She tried to get over the counter abortion drugs, and as we went out to get it, I said if it is the will of God that this child will be born, we won’t find it. She managed to get it eventually from a pharmacist friend and two days later she ‘miscarried’.” He added.

Rosie had earlier announced the break up in a video on IG, blaming Kachi for “changing.”

“He has changed, and that is why I took my stand based on such change,” she said.

Asked what he would have done differently, Kachi said, “I will admit I have my faults, I shouldn’t have been raising my voice at her like that. Which she rightly pointed out. It was a learning experience.”

The full interview with Kachi Ucheagwu can be viewed here