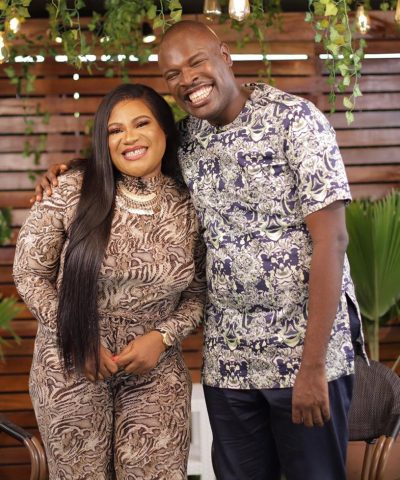 On this week’s episode of #WithChude, actor, film producer and one of the most controversial celebrities on Instagram, Nkechi Blessing, opened up to host and co-founder Joy, Inc., Chude Jideonwo, about why she felt strongly about the Baba Ijesha rape saga that happened earlier in the year.

Being a victim of attempted rape herself, Nkechi took the issue rather personally. Recounting her story, Nkechi said, “When I was about 16 or 17, I had this sister who I used to tell that I was a virgin but she would always say that I was lying because I was wild. Though my mum had a beer parlour as at that time, she was so strict with her kids that you couldn’t see them messing around.”

“On this day, she invited me out with her boyfriend. I was cool with it but then it started to seem as though she wanted to set me up with her boyfriend to confirm if I was still a virgin or not. They brought drinks and I drank them. She stood up and left and said she would be back. Then, the guy stood up and sat beside me. My mind immediately went to the fact that my mother didn’t believe I was a virgin. I was scared to death but I knew I needed to do something. Next thing, I summed up the courage to leave and the guy held me down and said ‘you’re not going anywhere’. Then, I asked him, ‘uncle, you wan rape me?’ This statement startled him and then he let me go”, he said.

This experience, coupled with the numerous stories of others who she had heard of that were brutally raped, was what triggered her.

Making reference to the Baba Ijesha case, she said, “I can only imagine what that 14-year old girl was going through. No sane human being will hear such a thing and be happy with it, unless he/she was also a child molester”.

Later on in the episode, Nkechi spoke rather fondly of her mother, who she still lives with till date. She told Chude that her mother had single-handedly taken care of them even before she lost her father in 2014. In her words, “she has been a father and a mother”. She hopes that her mother will live long so she can take care of her the way she deserves.

Nkechi is a wife and a mother herself; she’s married to a man who she says lets her be herself. The duo have a two-year-old son.

All past and new episodes of #WithChude premiere on Saturdays at 7 am on watch.withchude.com. You can also watch the show every Saturday on Channels TV at 1 pm, with reruns every Sunday on Wazobia TV Channel 98 at 5 pm, every every Tuesday on Rave Tv at 5pm, every Wednesday on Pop Central Station DSTV Channel 189 at 8 pm, and every Thursday on EbonyLife TV StarTimes Channel 189/191 at 7:30 pm.