“If it was a battle, I lost,”- Chude Jideonwo publicly apologizes to Charles Novia for his Twitter backlash in 2017 on #WithChude 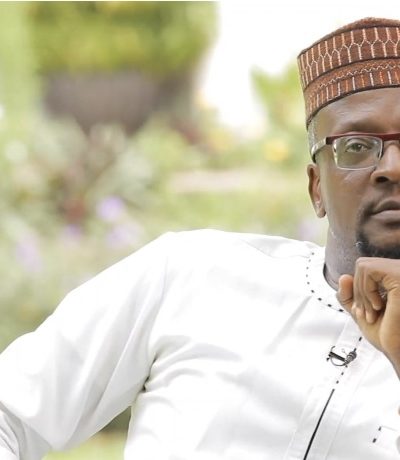 This week’s episode of #WithChude took an interesting turn of events as host and co-founder of Joy Inc., Chude Jideonwo, made a public apology to Nollywood legend Charles Novia for the public Twitter backlash he incited in 2017.

It all began when Chude Jideonwo, infuriated by Charles Novia’s tweet on an article he wrote, took to Twitter to, in his words, “do his own back.”

Recounting this viral Twitter saga, the host said, “You had tweeted about me and I didn’t like it. It hurt me. I felt even if you were going to advise me as an elder brother you would have called me and spoken to me. I thought I knew you and you had never given me this feedback personally. I didn’t expect to see that on Twitter.”

Chude Jideonwo’s tweet in response to Charles Novia’s tweet caused an uproar on Twitter. Remembering the unexpected way people came to the veteran’s defence, Chude said, “I remember one of my friends, Uche Jumbo, she said, ‘Chude, I don’t know what you people are doing o but, you will not disrespect the body of work that he has done.”

The host, who had not been expecting the uproar his tweet caused, asked the veteran if he was surprised by the support he got. Charles Novia revealed that the support was surprising for him as he did not realize how much people valued what he had done/ his contributions to Nigeria’s film industry.

As shocking as the massive support was, the veteran said that he knew a response was still expected of him. In his words, “People expect a reply and they want a verbal fist fight.” He, however, chose what he called “a higher way.”

Taking a higher way paid off as the host confessed to learning from the veteran’s response. He took the confession a step further when he summarized the fight by saying, “if it was a battle, I lost.”

Not being one to take comments to heart, the veteran disclosed that a few days after, he ran into Chude Jideonwo and hugged him, putting an end to the viral Twitter feud.