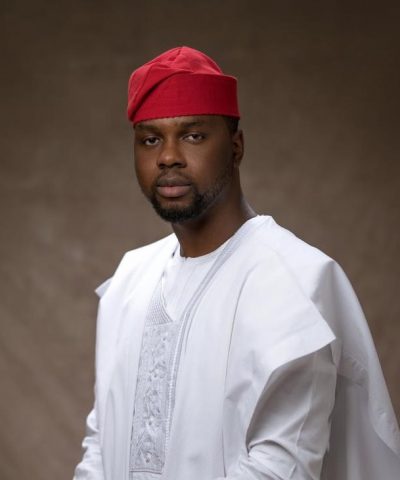 When the pandemic hit, the team at Culture Intelligence from RED synthesized data from the pool of companies and audiences that we engage with daily and came up with a report on what to expect in Nigeria during the pandemic. More than a half year later, their conclusions have turned out to be hundred percent correct – from the second Covid-19 wave hitting the continent to the effect on Brand China.

But one of the conclusions stands out in particular: “An uprising may be staring us in the face.” This was as far back as 6 April, 2020 (feels like a decade ago at this point).

In August, another of our brands, The Future Awards Africa (TFAA) taking our cue from what we knew and what we saw in the course of our work on the streets and with young people came up with the theme for this year’s event: The Age of Revolution, with the campaign Your time is up. Our time is now.

In October, the uprising came; that revolution arrived. Just weeks after Johannesburg erupted in protest over the killing of 16-year old Nathaniel Julies, and four months after Kenya had its only anti-police protests, Nigeria’s government and elite was caught unawares by the historic #EndSARS movement that captured the world’s attention, and continues to remake policy and politics in Nigeria. They shouldn’t have been.

How could they not have seen this coming? It’s simple really – yet again, business, political and social leaders forgot to pay attention to what the streets are saying.

Something else. As we got ready for the awards, we invited over 100 young people across the continent for a full day’s summit on diversity and inclusion. At the time of the invitation many of them were not mainstream voices, not the typical names you would invite to a concert. By the time the public protests had ended, many of them had become global voices, in front and behind the protests, and taken seriously by those same out of touch leaders.

“How did we know this was going to be a time of revolution?” one of our team members, new to the way we work, asked in a meeting in November. “It’s simple,” someone replied, and I am paraphrasing. “If you pay attention to what’s actually happening with everyday people, even on social media, it’s there, obvious, inevitable. Most people don’t bother to look. Or when they look, they don’t understand how to interpret what they are seeing. But the streets are always speaking. Our job is to listen.”

One place to look? Young people. Not celebrities, not the popular (even though they can be a signboard), but the everyday conversations of everyday young people working, talking, figuring stuff out, experimenting, reacting, responding, trying and failing, growing.

Young people have always, literally, been the future. And that’s easy to know when you’re in your teens and twenties, especially if you’re not inoculated by privilege (another of the educated streets’ crucial buzzwords today). You know what dance styles matter, you know what brands resonate, you know what parties are cool, and what trends matter. You know the things to buy in the market and those to buy in the mall, you know where there is free WiFi, and what apps give genuine discounts. But as people get older, richer, more comfortable, they forget the power that listening to young people can bestow. It’s no longer organic and convenient. They have ‘better things’ to do with their time.

So they don’t see trends like a global suspicion of leaders and institutions and why that leads to leaderless protests. They don’t see that Netflix and YouTube are now better predictors of the behaviours of digitally connected young people than geography – that cognitive communities now increasingly matter more than demographics. They don’t see the steady Americanisation of Nigerian Twitter. They don’t understand that those born in 1995 and after are steadily abandoning the churches and mosques in droves. By the time our  chief executives realise that sexuality rights for instance are inevitable even in conservative Nigeria, they will be too late because we would have moved to a labyrinth of gender pronouns, and full blown ‘woke’ culture. Oh, and socialism.

And as time passes, the trend accelerates. What Big Brother Naija and Instagram both show us is that the talent-to-stardom cycle has shortened radically. Where it would typically take an established Nigerian writer a couple of decades to be published by the New York Times, one of our writers here at YNaija had his first NYT byline in this year, barely 19. Nigeria’s most respected global photographers are in their 20s. Africa’s biggest stars from the pandemic – including Majimbo, who had Naomi (Naomi!) shopping with her on Nairoibi’s streets – haven’t yet turned 30.

A 15 year old in Port Harcourt could be the most influential global voice on diversity and inclusion in 2 years. And have the most powerful bully pulpit in the region.

Look at the winners of TFAA last year and you will see a co-creative director with Beyonce, one of Africa’s  most sort after photographers for Vogue, the founders of the region’s most known feminist movements, the musician who makes Obama’s playlist – all under the ages of 27.

Culture has always come from the fringes and the edges, from the frenzy of youth participation and engagement with life. People never notice it until it becomes overwhelmingly mainstream.

Young people are more powerful than ever before. Everyday voices matter now than at any other time in human history.

What’s driving this trend? Anger. Anger at failed governments, anger at unequal societies, anger at closed institutions, anger at poverty in the midst of plenty. The streets are boiling in much of the world with this anger. The anger is not new, it’s just refusing to be quenched.

Unfortunately, it will swallow the innocent and unfairly accuse those who are only trying to do their best. Not fair when much of it becomes mob action, yes – witness, for instance, the small businesses destroyed by so-called hoodlums at the end of the #EndSARS protests, when the anger should be targeted at the government -but such is the nature of a society in flux.

A protest that draws the attention of America’s president used to take weeks to plan. These days, on the streets of Lagos? All it needs is Twitter accounts, Bitcoin transactions and a determined band of citizens.

Even the queen of queens, Beyonce cannot ignore being called out by angry protesters on the streets of a West African country with a declining economy.

Governments, changemakers, individuals and businesses who thought they were safe, ensconced in plush boardrooms and flanked by escort cars should avoid being caught by surprise, again.

It is the reason in March of 2021 we are formally unveiling a revolutionary new tool that we have spent two years honing, building, iterating, perfecting – Culture Intelligence from RED. Because people speak about ‘social listening’ these days. But true social listening is not simply scouring people’s tweets or aggregating trending topics. In the glut of social information that exists, the signal to noise ratio can both overwhelm and underwhelm.

It’s a guide to help who want to understand what the streets are saying, what the new power are thinking, what the young are demanding and who want to do that with humility, with clarity, and with the depth that leads to authentic wholesome engagement that lasts and transforms. And with urgency.

Numbers and data are good, but they are sometimes blind,” our chief intelligence officer, Isime Esene says of this transformational culture mapping and insight tool. “We are focused on what influences the culture and drives choices, and use these insights to unlock new meanings for brands and institutions looking to navigate a complex market.

“We track and highlight the invisible cultural factors and special moments that are impacting the lives, perceptions and choices.”

The streets used to take a long time to speak loudly. Young people needed more years to make their voices heard. That time has ended. This is a new day.

From Africa to the world | A letter from RED, as 2019 kicks into gear

“I’m just following my truth” | A (slightly long) letter from RED, as I hand over leadership